Managing the pressures of a relationship

some tips to help you keep your relationship afloat, and what to do if you feel unsafe.

This can help if: 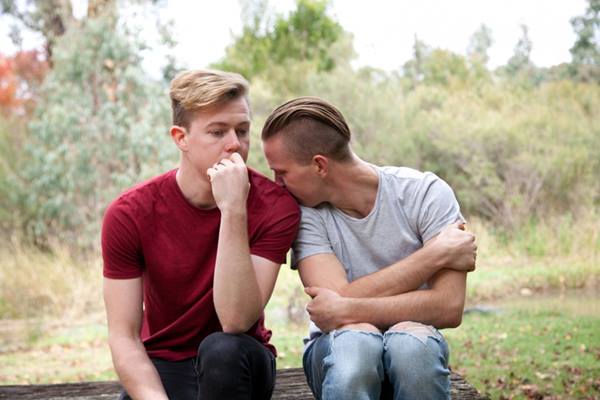 What kinds of pressures exist in a relationship?

Having a boyfriend or girlfriend can be great, but there are a whole bunch of things that can get in the way of feeling content and happy.

Internal pressures can come from things like differences in culture or age, jealousy, lack of compromise, and unreasonable or unfulfilled expectations.

External pressures can come from people or factors outside of the relationship itself, such as study or work, illness, money, family and friends.

Tips for keeping your relationship afloat

Work out what pressures, internal and external, are affecting your relationship. Then, when you’re ready, try some of the following strategies to help relieve the pressure and keep your relationship afloat.

Communicate with each other

We have smartphones and airplanes, and yet there’s still no device that helps us to read minds! So, the next best thing is to communicate by using words.

How is your partner supposed to know what’s wrong if you don’t tell them? If something is bugging you, let them know in a calm manner. You can then try to resolve the issue together.

You can’t always get what you want. Talk with your partner to figure out the stuff that’s really important to each of you, and the stuff that isn’t such a big deal.

It might be hard to accept that someone you’re close to doesn’t care about all the same things you do. But, as with everything, compromise becomes easier with practice.

Reassure your partner of your feelings for them

Everybody likes to hear how much they’re loved. If you know that you feel the same way about each other, the relationship will tend to flow more smoothly and problems such as jealousy will be less likely to arise.

Get a fresh perspective

Sometimes it can be handy to view your relationship from a fresh perspective. By talking to someone who’s not directly involved in the relationship, such as friends or family, you might be able to see the situation in a different way and find the pressures easier to deal with.

Sometimes the best thing for a couple is to spend some time away from each other. After all, you can’t miss someone if they’re always around.

It’s almost impossible to work things out in a mature fashion when one of you is angry. You’re more likely to say something unkind that you’ll later regret. Try to change the topic of conversation, or walk away and revisit the issue later on when you’re both feeling calmer.

Differences in culture, religion or opinion can be the source of difficulties or friction in relationships. Instead of rejecting the unfamiliar, make an effort to understand it and to embrace it. Differences between partners can make things more interesting and unpredictable. You might even learn a thing or two.

Sort out any problems with your family

If your family doesn’t approve of your relationship, you need to ask yourself why.

Is it because they worry that you might get hurt in some way? Or maybe they simply don’t understand your relationship and how you feel about it.

Be clear about what you think, feel and want. Describe your situation in a way that will help them understand it better. If you’re honest, calm and respectful, they will be more likely to hear what you have to say and to believe you. Try to understand their point of view; it may make them more willing to see yours.

Parents won’t always see things your way. However, if they see that you’re acting in a mature manner, they’ll be more likely to accept that you’re capable of making big decisions for yourself.

Emotional and/or physical abuse is never acceptable in any relationship, and violence is against the law. If your relationship has become unhealthy and you feel unsafe, seek help immediately.

Other things that your partner might be doing that also need immediate attention include:

Working through relationship pressures can be really hard. If these tips don’t work for you, you might want to seek professional help so that you can work together to get to the bottom of what’s going on and try to fix it.

Pradeep is an international development specialist and author of several publications on socio economic development. Pradeep is a regular contributor to online article sites on the topics of on line education, underserved peoples, scholarship and educational excellence.